It’s her warm smile that first attracts your attention, followed by her easy laugh, and the way she has of listening to personal, business, or spiritual issues.
Although she has been a familiar face at Our Savior’s Lutheran Church for twenty years, there are many people in North Park who have never met Pastor Maria Santa Cruz. A big challenge for her, she stated, is being a female Mexican pastor, from a mainly Catholic country, and people not being accustomed to seeing this type of spiritual leader.
Pastor Maria was born and raised in Mexico, the second child of eight. She started working at age 10, contributing to her family’s income, and enjoyed a happy childhood full of playing and happy hours in church. When she was 19 she came to the United States and worked for a time in a preschool at a Lutheran church. Later, she attended services with her three children at Our Savior’s Lutheran Church. The pastor there asked if she would like to read the Sunday Bible verses, and she joyfully accepted, remembering how as a child in her Catholic church in Mexico , the priest would not allow her to be a lector because she was a girl.
Encouraged to go to seminary, Pastor Maria began her journey to becoming ordained and sharing “the good news to this (North Park) neighborhood.” She would walk around near the church’s location at Ohio Street and Lincoln Avenue, inviting people to attend a service. After a few years, the congregation was known for embracing diversity. Today the majority of parishioners are native Spanish speakers. Visitors who attend the church always remark that they feel very welcome.
It is interesting to note that until 1934, Norwegian was the official language used at Our Savior’s. The church celebrated its 100th birthday in 2015, and a look back reveals that in the “old” days, traditional Scandinavian customs did not permit dancing in the fellowship hall, however, in recent decades, square dancers used the hall every week, as well as martial arts classes. Services are lively, a mix of English and Spanish hymns, with occasional castanets, and some Pastoral cumbia moves. Ole!

Kenneth Herman took his undergraduate degree in Church Music from St. Olaf College and his Masters degree at San Diego State University (SDSU) in Music History. He taught music history at SDSU and covered classical music for the San Diego Edition of the Los Angeles Times (1982-1992). He now writes for SanDiegoStory.com and won first place in the San Diego Press Club’s 2010 Excellence in Journalism Awards for music criticism. He was both an accompanist for the San Diego Children’s Choir (SDCC) and its interim Choral Director, leading the SDCC choirs on several European tours. On July 31, 2014, he retired from the First Unitarian Universalist Church of San Diego after 43 years of service and was named Director of Music/Organist Laureate. The following week he took up his responsibilities as Organist for Our Savior’s Lutheran Church, which he continues to serve.

Esmeralda, as she prefers to be called, has been a member of Our Savior’s Lutheran Church for over 10 years. She began her involvement in the Congregation by teaching 1st Communion Classes on Sundays. In 2011, she became the Church’s financial secretary. The following year she was granted the opportunity to be the Church Administrator. She continues to teach First Communion Clases and continues to be part of the Church Council. 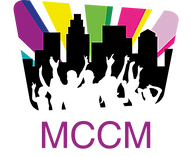 The teen performance workshop is on Saturdays at 11:30 am.  Please sign-up using this link to sign up. Teens only (their parents will also need to sign a parental consent form).
We have open are the jams on Monday nights and the Teen Performance Workshop.

Due to the rise of COVID-19 cases, you may join us through our Facebook page or in person at 11:00 am in which we will live stream the modified worship service.

Posted by Our Savior's Lutheran Church-Iglesia Luterana Nuestro Salvador on Sunday, May 1, 2022